Just like you climb a long flight of stairs by taking one step at a time, I sinc 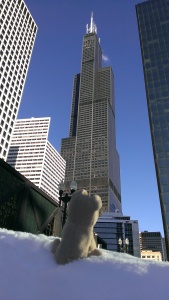 erely believe that the ideal way to fund an educational project on a topic as unknown and controversial as the Doctrine of Discovery is by simply asking people for 5 Bucks and 2 Shares.

Recently, in an article published on my blog, I laid out a vision for a national dialogue on race in a article titled “The Doctrine of Discovery- A Buried Apology and and Empty Chair.” We’re calling it a “Truth Commission”. A national conference hosted in Washington DC in December of 2016 to educate our citizens on the Doctrine of Discovery and build a platform that will give voice to scores of Native American boarding school survivors. Creating a space from them to share their stories and expose the truth that our nation and our churches have buried for decades, even centuries.

Canada recently hosted a series of similar conferences as part of a national Truth and Reconciliation Commission. Those conferences had a budget of around 60 million dollars. But their funding came through the settlement of a lawsuit filed by residential school survivors against the government and the churches. In the United States no such lawsuit exists.

And that is exactly where your five dollars (and 2 shares) comes in.

Normally when you think of raising large sums of money, you think of slick campaigns, wealthy donors, well-endowed foundations and tax deductible receipts. But the problem is that people, and organizations, rarely donate large sums of money without expecting something in return; a promise, a guarantee, a deliverable. Something they can point to and demonstrate that their money was well spent.

And often, when large sums of money are donated, they tend to drown out the significance of the smaller gifts and donations that were made through the grass roots.

It is for these reasons that I do not believe a traditional fund raising campaign will work for something as risky and untested as a national Truth Commission. We cannot promise any returns. We cannot guarantee any deliverables. But we do know that our nation is in pain and we desperately need to have a frank and honest dialogue on race.

Of primary concern is not in the amount of money we raise. Instead, we are more concerned about the number of people we raise the money from. There is a collective wisdom, and greater safety, in numbers. And we would love to harness that wisdom and give courage to others through that safety as we embark on this journey to initiate a national conversation on race.

Already in the past month I have traveled to 5 different cities and engaged with hundreds of people regarding this vision. And currently I am on the road again; traveling, speaking and initiating conversations. Daily we are receiving emails and phone calls from individuals, communities, churches and organizations that want to be a part of this dialogue. But most of our time and some of this travel is unfunded and even at our personal expense.

We are not asking any one person, or organization, to fund us. We are not looking for a blank check. Instead we are asking the grass roots, the internet and the everyday citizens of our nation.

« The vision of 5 Small Loaves: Education / Conversation / Action
A transition from Lament and Critique to a voice of Vision and Leadership »

To support the work of the Common Memory Project…